\'SOS repair\' was the descriptive term coined by Miroslav Radman in 1974 to characterize the cellular stress response caused by exposure to ultraviolet (UV) radiation. More than 40 genes, regulated by the LexA repressor protein, are induced in response to DNA damage as part of the SOS regulon in Escherichia coli. When chromosomes are damaged, persisting regions of single-stranded DNA allow the assembly of activated RecA nucleoprotein filaments called RecA*. The presence of RecA* activates the transcriptional upregulation of SOS genes by facilitating the cleavage of the LexA repressor63. LexA binds to operators that contain a 20-bp consensus sequence64 with differential affinities so that genes with low affinities for LexA are induced early. Along with lexA itself, these genes include a significant number that are involved in accurate DNA repair processes, such as nucleotide excision repair (uvr) and recombinational repair (recA). The early induction of lexA along with DNA repair genes provides a regulation mechanism that ensures rapid repression of the SOS genes once the damage has been repaired. However, lesions may persist and induce a second mutagenic phase of the SOS system in an effort to rescue the cell.

From the following article: 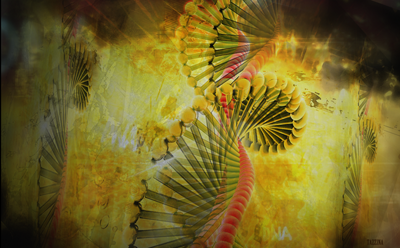