Scientists in Croatia have created probably some of the world's biggest soap
bubbles to attract children to science.

Giant soap bubbles have delighted children in the Adriatic port of Split where the Summer Factory of Science workshop at the Medils Institute has shown how a better formula can produce bigger and more magic bubbles. 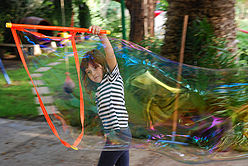 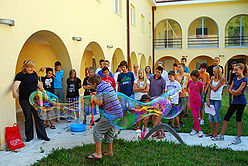 "We wanted to boost interest among the attendants of the summer school and make them think of formulas in a practical way, to understand and apply in 'magical' practice. So it was not just about impressing with giant soap bubbles but to think further. We wanted them to think how come these bubbles were that big and not small like commercial ones," scientist Ana Bedalov has commented.

"We have presented science as intriguing, as something that can develop one's imagination and curiousity," Bedalov added.

She has revealed the formula for making giant soap bubbles as: 95% percent water; 4% soap liquid detergent; the same volume of corn starch, and 1% baking soda. The soap mixture should always be stirred, not shaken.

"Still, to create such huge bubbles of soap, it is not enough just tofollow the recipe, but a key issue is to understand the problem," Bedalov explained.

The magic bubbles have delighted numerous attendants of the Summer Factory of Science achieving its goal. 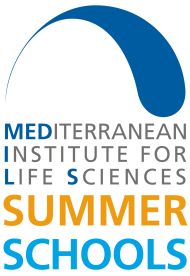