A genetic analysis of interspecies recombination in Escherichia coli between the linear Hfr DNA from Salmonella typhimurium and the circular recipient chromosome reveals some fundamental aspects of recombination between related DNA sequences. The MutS and MutL mismatch binding proteins edit (prevent) homeologous recombination between these 16% diverged genomes by at least two distinct mechanisms. One is MutH independent and presumably acts by aborting the initiated recombination through the UvrD helicase activity. The RecBCD nuclease might contribute to this editing step, presumably by preventing reiterated initiations of recombination at a given locus. The other editing mechanism is MutH dependent, requires unmethylated GATC sequences, and probably corresponds to an incomplete long-patch mismatch repair process that does not depend on UvrD helicase activity. Insignificant effects of the Dam methylation of parental DNAs suggest that unmethylated GATC sequences involved in the MutH-dependent editing are newly synthesized in the course of recombination. This hypothetical, recombination-associated DNA synthesis involves PriA and RecF functions, which, therefore, determine the extent of MutH effect on interspecies recombination. Sequence divergence of recombining DNAs appears to limit the frequency, length, and stability of early heteroduplex intermediates, which can be stabilized, and the recombinants mature via the initiation of DNA replication. 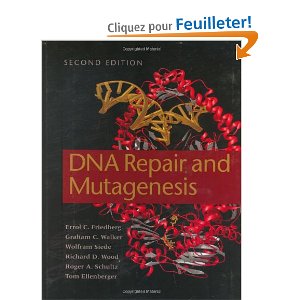