Robust Organisms: the source of remedies for the extension of healthy life

The goal: Our recent research on robust bacteria and animals provides a basis for conceiving extension of healthy life and monitoring of the biological fitness of each individual. A specific biomarker provides for routine bio-gerontometric (BGM) diagnostics of real “biological age” (i.e., the individual life expectancy) of healthy and diseased individuals, as well as for biological quality of organs, tissues, cells and plasma destined for transplantation and therapy. Most importantly, our research offers a perspective of geronto-therapy, i.e., rejuvenation.  We discovered a spectacular protection (by diffusible small molecular weight agents) of the proteome of robust organisms from spontaneous and radiation-induced oxidative damage that acts also on the proteome of sensitive species. These protective agents – if non-toxic and active in humans – could lead to a revolution in public health: prevention of all age-related diseases, extension of healthy longevity, conservation of organs, tissues and cells destined for medical therapy, with obvious applications in dermatology, cosmetics and in conservation of desiccated foods.

(2) Objectives, aims and perspectives. The academic objective of this project is to lay foundations of a novel branch of biology - the biology of robustness (or resilience) - as exemplified by, and recently studied in, extremely robust organisms such as bacterium Deinococcus radiodurans and aquatic animals Bdelliod rotifers and Tadrigrada. Their robustness – resistance to excessive radiation and desiccation exposures – appears to correlate with an extremely efficient protection of cellular proteins from damage incurred by oxidative modifications (below). Non-reparable protein oxidation (carbonylation) inactivates, or diminishes, catalytic activities and interactive specificities of the proteome leading to the progressive cellular functional degeneracy, i.e., aging.

The aim of this project is to understand the molecular basis of “intrinsic aging”, i.e., the fundamental cause of all manifestations of aging, including all age-related diseases, and discover ways of their prevention or delay. Age-related rates of morbidity and mortality (increasing with 5th power of age) suggest that humans and animals possess a fundamental species-specific somatic biological clock related to species’ age at reproduction, metabolism, lifestyle, etc. This “intrinsic aging”, whose chemistry we wish to explore in standard and in extremely robust organisms, is probably a common cause of all major age-related diseases (cancer, cardiovascular, neurodegenerative and infectious) and death.

Slowing down the fundamental chemistry of aging could stop the age-related progression of the cellular functional degeneracy and even reverse its lasting effects (with the exception of already fixed DNA mutations) by improving the quality of all functional, structural and regulatory proteins that are turned over in living cells. To achieve this, it would be rational to inhibit free radicals’ chain reactions at thir outset, protect proteins from oxidative damage and, eventually, allow for gratuitous induction of the cellular oxidative stress response.

(3) Maintenance of life. Cellular life is maintained by the activity of a plethora of molecular \"defenders\" and molecular “doctors”. The former prevent molecular damage from occurring in the first place and the later repair damaged DNA, proteins and other damaged cellular constituents. Together, they represent a first and a second line of cellular defence. The aging problem arises probably from the fact that molecular “doctors” and “defenders” are proteins, or are synthesized by proteins, that are themselves subject to damage, e.g., by oxidative modifications. Conveniently, after diverse cellular stresses, the first genes induced during the SOS response encode “doctor” proteins. But, to produce newly synthesized “doctors” immediately after cellular damage, the transcription and translation machineries must be intrinsically robust or abundant.

Thus, aging can be seen as a process of progressive functional degeneracy of many cellular functions due to the diminishing activity and specificity of proteins caused by protein modifications. Such functional degeneracy becomes progressive when the activities of “doctors” and “defenders” decline with the consequent deficit in all protein activities - finally resulting in the exponential age-related death rates (Gompertz curve) and in a wide variety of aging phenotypes. The global phenotype of each affected cell will likely resemble to the acquisition of intricate ensembles of phenotypes equivalent to bearing hundreds, or thousands, of very weak “leaky” mutations (with all kinds of dominant-negative effects) whose severity increases as the level of oxidative protein damage increases (Figure 1).

With the incurred intrinsic and environmental oxidative stress in the course of life, the steady-state of non-reparable protein oxidation (carbonylation) and the selective breakdown of carbonylated proteins by the dedicated proteases changes in favour of the accumulation of oxidized proteins (documented in humans and many other species). Oxidized proteins tend to form intracellular aggregates observed from bacteria (Lindner et al., 2007) to humans (e.g., in Alzheimer’s disease).

Such intrinsic aging caused by protein modifications can be accelerated, e.g., by ionizing and ultraviolet radiation induced oxidative stress, and can cause oncogenic mutations in DNA – also indirectly, by decreasing and/or modifying the activity of DNA repair, replication and mismatch correction enzymes. Since aging correlates with a modest increase in mutation rates (one of many weak aging phenotypes), we shall study the detailed molecular mechanism of DNA mismatch repair (co-discovered by this author) and the effect of oxidative modification of mismatch repair proteins on their activity.

(4) The Project. Here, I present, together with Professor Matthew Meselson, a research project to identify the protective substance, or substances, that efficiently defend the cellular proteome of robust species (Deinococcus and Bdelloid rotifers) from the radiation-induced oxidation (as compared with E. coli and nematode; Anita Krisko with M. Meselson and M. Radman, unpublished observations). Such protective substances appear to defend from carbonylation all cellular proteins during gamma irradiation on ice, including some DNA repair proteins from sensitive species expressed in Deinococcus. Irradiation of mixed cell extracts showed full protection of the entire proteome of the sensitive species. The radiation-induced death, correlating with decreased DNA repair activity, occurs in standard organisms (bacterium Escherichia coli and nematode Caenorhabditis elegans) and in two highly radiation-resistant organisms (bacterium D. radiodurans and the bdelloid rotifer A. vaga) precisely at radiation doses that cause dose-dependent high increase in protein oxidation. In each of the four irradiated species, the lethal consequences appear upon post-irradiation incubation presumably because of insufficient induction of “doctor” proteins and/or the overwhelming, or direct inactivation, of the relevant proteasomes (Lon protease in bacteria and the 20S proteasome in eukaryotes). The observed large difference in baseline protein carbonylation between non-irradiated robust and standard organisms (about 10-fold for D. radiodurans versus E. coli and 4-fold for A. vaga versus C. elegans), suggests that the defence systems protect the proteomes of the robust species also against the ROS produced by normal metabolism.

We suspect that ROS and RNS (reactive nitrogen species) provoked persistent protein damage is the molecular basis of “intrinsic aging” – the principal chemistry of the somatic biological clock - whether spontaneous (age-related chronic oxidation) or radiation-induced (acute high oxidation). Water radiolysis generates directly, and via transition metals (Fenton reaction), the most corrosive ROS – the hydroxyl radical. It appears that oxygen is both the source of life’s energy for most organisms and the predominant cause of their aging and death. Therefore, protectors against radiation-induced and age-related protein modifications from D. radiodurans, Bdelloid rotifers (and probably tardigrades and some very long-lived plants) are expected to delay aging and prevent age-related diseases in all species including human.  This is a new perspective in medicine that, until now, has been treating the consequences of aging, whereas here arises the opportunity to monitor the most relevant molecular changes (increased protein carbonylation as early biomarker of aging) and to act upon the fundamental causes of aging with its numerous manifestations.

(5) Resistance to water loss (desiccation). The viability of the plant embryo can be maintained in the seed for centuries. Intriguingly, D. radiodurans and bdelloid rotifers harbour genes that are homologous to plants’ desiccation resistance – LEA proteins (for Late Embyogenesis Abundant) – that seem to account also for the notorious somatic desiccation resistance of these robust species. LEA proteins, or hydrophilins, are intrinsically unstructured hydrophilic proteins without enzymatic activity. We have calculated that they could not act effectively as “sponges” for retaining water for the benefit of other proteins. More likely, LEA proteins play the role of desiccation chaperons that act as “solid water” mummifying other proteins upon water loss until the re-hydration (a hypothesis). We want to explore this possibility because such proteins could protect skin of elderly from dehydration damage, but also protect cells, tissues and perfused organs destined for transplantation, and perhaps contribute also to the survival of burn victims.

1 - The particularity of this project. All we have learned from classical molecular genetics – via the studies of single (and few multiple) defective mutants – is which processes function well in the “wild type” and how bad is it when they do not function. This research taught us nothing about the possibilities of improvement, or reinforcement, of the “wild type”. The study of robust “freaks of nature” can teach us precisely about that, and provide knowledge how to improve human health – not only of patients suffering of hereditary progerias (Table 1) and sporadic diseases associated with increased protein carbonyalation (Table 2) - but equally of the general population (public health) via the prevention of all major diseases with the consequent extension of the healthy human life. The eventual success would present an unprecedented contribution to the quality of human life and a breakthrough in the evolution of mankind due to the extension of healthy longevity with a huge impact on cultural evolution.

2 – Anticipated pharmaceutical and nutriceutical health-improving interventions include, but are not limited to, the following: (i) diagnostic of age-related molecular damage (protein carbonylation biomarkers), (ii) prevention of further accumulation of age-related molecular damage in the entire human population, (iii) therapeutic reversal of the already incurred cellular malfunction (except for DNA mutations that have been fixed) by improving the quality of all functional, structural and regulatory proteins that are turned over (molecular rejuvenation), (iv) conservation of biological materials, e.g., stem cells, tissues and organs (e.g., by LEA proteins and affective antioxidants), (v) protection that allows for regeneration of the damaged skin in burned victims (by LEA proteins).

3  -  Cosmetics (protection and maintenance of external epithelia) is the obvious area of application using topical applications to protect skin against dehydration (LEA proteins) and against oxidative damage (as above).

4 – Protection of internal (intestinal and pulmonary) epithelia. The physical and functional integrity of epithelia is quintessential to human health and survival. This is the interface with the external and internal environment that protects organisms from pathogenic parasites and toxic chemicals. Robust animals, rotifers and tardigrada, possess an amazing capacity to perfectly preserve the capacity to survive and reproduce after being desiccated for years, or exposed to toxic agents. LEA proteins and the anti-oxidant complex could provide the protective coating of the intestinal and even pulmonary epithelia where most human cancers arise, as well as decrease the high incidence of morbidity from other causes (inflammed intestine, emphysemas, etc.).

5 – Agro-alimentary applications: high quality conservation and easy transport of desiccated food. Entire robust animals can be vacuum-desiccated for long time periods without loss of viability upon re-hydration (see above). This life-less conservation of life – abiosis or cryptobiosis - offers clear perspectives for applications of the relevant “protective chemistry” to all human foods - particularly because robust animals (rotifers and tardigrades) appear as non-toxic to humans. Perhaps the LEA proteins and the anti-oxidant compounds suffice for the long-term food preservation without any dangerous chemical additives? In addition, the volume and weight of the desiccated food would be diminished by at least ten-fold, facilitating thereby its transport and delivery to distant areas thereby greatly diminishing the cost of food.

Figure 1 : Degrading the cellular fitness (proteom’s regulatory interactive specificities and enzymatic catalyses) by protein oxidation: an illustration of the effect of protein carbonylation (red dots) on cellular interactome at three levels of oxidation. 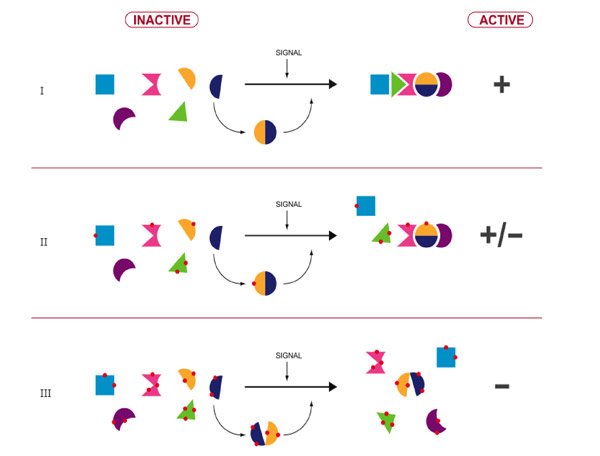 Figure 4: The plot killing versus protein carbonylation gives a single relationship for two kinds of radiations and two species of very different resistance to radiation